Housing is Scarce in Southern NH and the Seacoast. Here’s Why.

It is pretty hard to argue that we don’t have a housing crisis here in Southern NH.  Vacancy rates for a 2-bedroom unit are below 1% in all six of NH’s southernmost counties.  In fact, with the exception of Belknap County at a whopping 2% vacancy, and Carroll County, whose sample size is too small for standard statistics, the entire state of NH is below 1% vacancy.  A balanced rental market is considered to be one in which the vacancy rate is between 4 and 5%, the likes of which NH has not seen since 2011.

One would think this is an easy problem to solve… just build more housing.  Unfortunately, the problem is not showing strong signs of improvement for a variety of reasons and it looks like it will get worse before it gets better. 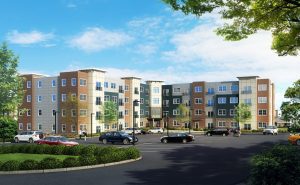 The Residences at Edgewood, Merrimack, NH

So, what is causing this crisis and what can and should we be doing about it?

Median rents are on the rise as well, but at a much slower pace and are therefore having trouble keeping up with construction escalation.  Much of the market, Portsmouth excluded, has been renting for less than $1.50 per square foot.  According to the Census ACS, average rents in NH have increased from $998 in 2012 to $1,072 in 2017, which is about a 7.5% increase. 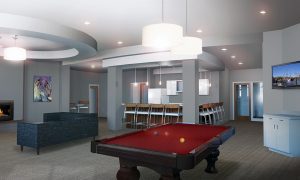 To finish off the trifecta, income is stagnant and the Median household income in NH for 2017 has yet to surpass pre-recession levels of 2007.  Let that one sink in for a second.  Name any other financial measure that has gone down over the last 10 years?  Clearly, we have a problem.

This is not going to just go away, construction costs won’t all of a sudden dip drastically and household income tends to be a slow mover in any economy.  So, what can we do to encourage housing development and alleviate this crisis?  Below are a few ideas.

Cities and towns need to invest in themselves. Encourage municipalities to invest in infrastructure (water and sewer) that make multi-family housing possible. If you make Portsmouth the epicenter of the Southern NH market, where can you go?  Not South; Atlantic Ocean, not East; Maine and income taxes, not West; very little infrastructure in Greenland, Stratham etc., just North.  This is part of the reason that Dover is booming.  We need to open up the market by opening up the Western frontier.  This can only be done with an increase in infrastructure investment.  Furthermore, developers can’t be asked to go it alone and foot the bill.  The numbers are tight now, added burdens make it impossible.  Desirable communities like Greenland, Stratham, Newmarket, Newfields, Epping, Durham and Madbury must lead the way and they must do so with town-driven infrastructure investments.

Cut the red tape. Speak out to reduce encumbrances during the entitlements process. I have seen far too many planning board meetings where the idea of another traffic study or off-site improvements are thrown around with disregard to the negative impact they have on the development process.  These things cost money and that money has to be passed onto the end user.  If the rents are marginal to begin with, the projects can’t absorb the added burden.  If we want to solve the problem, these financial roadblocks need to be eliminated and that can only be done through community activism.  So, go to your local planning board meetings and speak up in support of projects that will have a positive effect on our housing crisis.  My personal experience has shown that one champion, supporting a project for the common good can drown out a small chorus of naysayers who are typically against a project for selfish personal reasons (their view, their traffic delays, etc.

The kids are alright. Enrollment numbers in some communities are dwindling. Rye for example was said to have experienced a 54 percent reduction in student population from 2011 to 2016.  Those numbers have no doubt continued to decline as families are having fewer children and many young families are unable to find affordable housing in communities such as Rye.  Yet, in many of these communities, multi-family housing projects come with the added burden of impact fees to support school infrastructure.  These can be project killers and need to be reconsidered if we want healthy and diverse local economies that maintain our local schools.  Young families typically spend more in the local economy than retirees and for the first time in a while we are experiencing a positive net migration trend into NH lead by the millennial generation.  Let’s encourage their participation and in so doing, continue to diversity and reduce our aging NH population.

It needs to add up. We need to find out how to make the math work in certain communities. It cost the same amount to build in Portsmouth as it does in Rochester, but the rents in Portsmouth are three times as much.  This can be eased through density bonuses, tax incentives and a streamlining of the entitlements process.  In communities where we have downtown infrastructure; Portsmouth, Dover, Rochester, Exeter, Somersworth etc. we should be building more density, not less.  By encouraging density, land and development costs get divided by a larger number of units and therefore the per unit cost goes down.  When the per unit cost goes down, so too does the rent required to support it.

Give Pease a chance. Some 14,000 people work every day at the Pease Tradeport, yet there is no housing available there. That means that 14,000 people are getting in their cars, or the limited public transportation offerings, to go to and from work every day.  It would seem logical that a P3 (Public Private Partnership) agreement could be made to encourage multifamily development within the constraints to the Pease Development Authority.  The former Portsmouth City Council voted to study it, but action needs to follow.  Moreover, Pease has the land area to increase density and this should be explored as part of this effort.

Get creative. The 79E Tax program and Opportunity Zones are a great first step in incentivizing projects. Unfortunately, they only make a good deal better, they don’t make a bad deal good.  We need to think outside of the box.  Perhaps allow building owners to lock their property tax rate by locking their rental rates.  I’m not suggesting rent control here, but if you allow owners to opt into this practice, some may do so.  If an owner can maintain an equal net operating income without raising rents to keep up with taxes, they can keep their property available to a larger pool of renters.  Sure, the municipality doesn’t get an increase in their rent role, but do we want affordable housing or not?

As with any crisis, real change needs to be made if we want to find a solution.  It does not appear that this one is just going to work itself out on its own.  The Governor’s housing task force has started taking the first steps with the introduction of HB 1629 and HB 1632.  Both bills have passed the House with amendments and are making their way through the process.  Keep an eye out for my next article which will summarize what is proposed and what impact they will have.  In the interim, we should all consider what role we want to play in finding a solution.

Adam L. Wagner AIA, LEED BD+C is a Founder and Partner of Market Square Architects (MSA) in Portsmouth, NH.  MSA has been very active in the housing sector having designed several thousand housing units over the last five years.  Adam also serves on the Board of Southeast NH Habitat for Humanity and just recently transitioned from a three-year term as Board President.  He is a resident of Dover, NH. 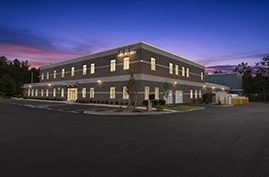 This 40,000sf facility will serve Haigh-Farr’s corporate headquarters and also as a primary testing facility for their products. 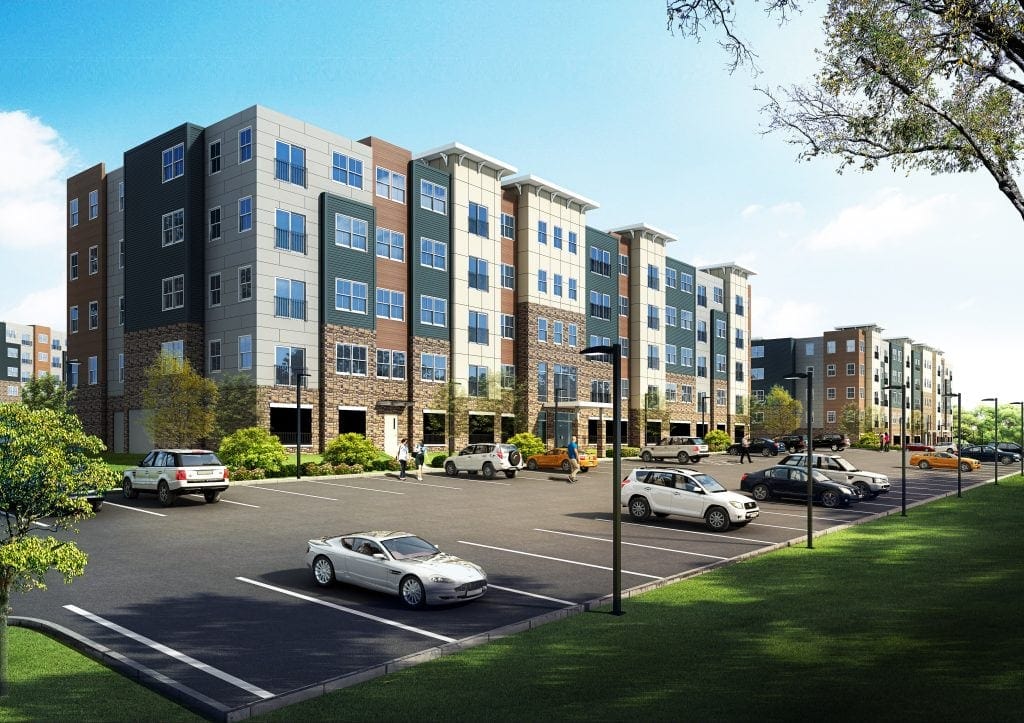 The Residences at Edgebrook 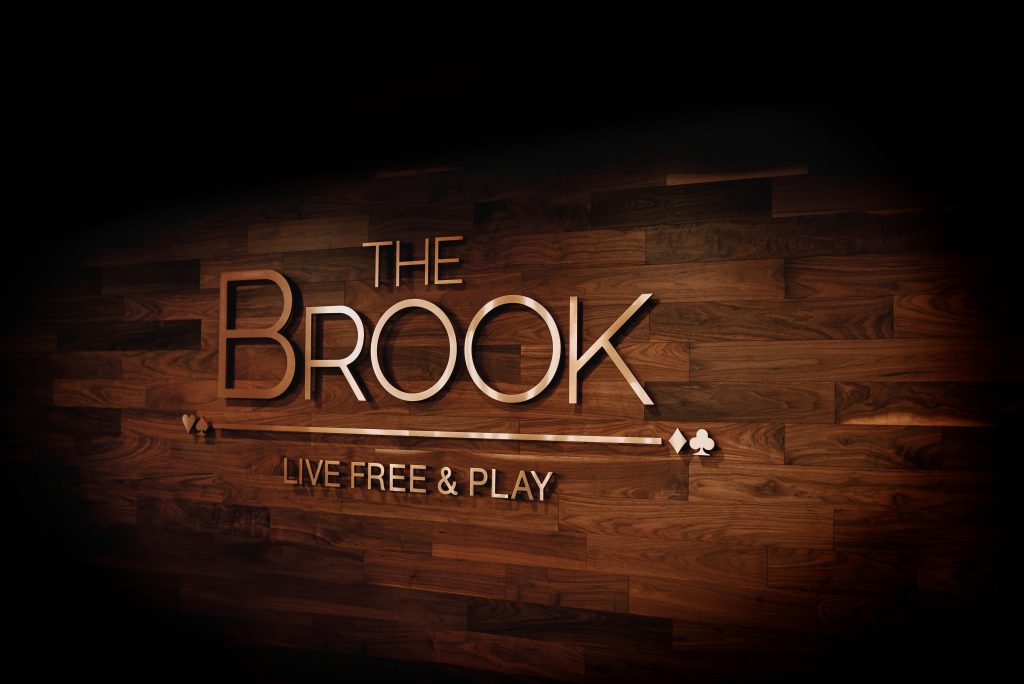 Within 68,000 square feet of space, The Brook is the nation’s largest non-for-profit gaming center.
Learn More
See Our Complete Portfolio